I put Milly down on Friday, she was 15, and up until Thursday afternoon she could outrun Hush. After 1.5 years of spoiling her rotten the lung cancer kicked in. It happened fast, we tried to treat her with pain killers, and while they numbed her pain, they didn't help her breathing. Since the day I adopted Milly I've said she would live to be 15, any day over that would be on her terms, icing on the cake, but 15 was our agreement. She was the epitome of health until the last day. I've also always promised that I would be her voice, she was abused and neglected before me, and I never wanted her to feel pain or suffering.
Honoring the promise to be her voice was difficult, when the vet asked me how aggressively I wanted to treat her, long before euthanasia came up, I was tempted to say anything. However, when there were no guarantees that she would be comfortable or survive, I couldn't agree to treatment. To me, the only way to be kind was to be her voice, and in the end, the vet thanked me for having the courage so few owners do.
Milly died peacefully, in my arms, loved. I miss her terribly - I can't stop crying - and it feels like a piece of me died with her. However, I am comforted knowing I gave her love and a life that she had never known, and she gave me love and patience I had never known. In so many ways we saved each other.
I've been meaning to blog for a long time... A lot has happened since my last post, some wonderful (like falling in love, getting a third dog, and changing careers), some terrible (like losing my best [human] friend, Bess, to cancer in 2012).
However, in the wake of Milly's death, now seems like the most appropriate time to post.
Rest In Peace, Millington.
Xoxo 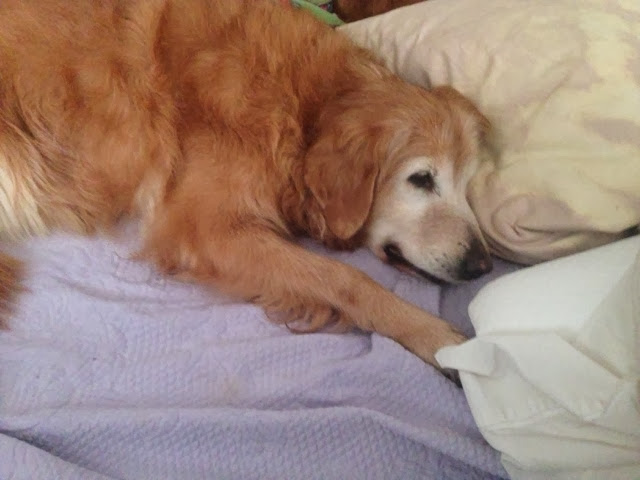 Our last cuddle session, only hours before she died.
Posted by Miss Muddy Paws at 7:27 PM

Email ThisBlogThis!Share to TwitterShare to FacebookShare to Pinterest
Labels: Milly